Earth plaster and mud mortar are so fun, beautiful and inexpensive. But they can be trickier than they look.
Sign up for my free earth plaster mini course to start off on the right foot.
Sign up

From the Celts to the Anatolians, to the Quechua people, stone houses were originally mortared with mud. The result was a stone home that was both solid and warm and lasted for lifetimes. Mud breathes, and creates a wonderful warm atmosphere inside a stone home in a way that concrete never can. 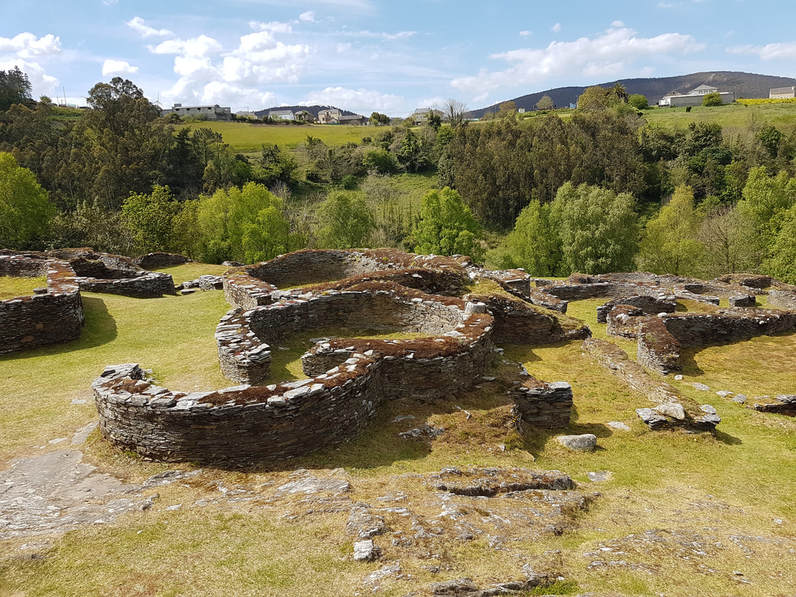 The circular stone homes of the Galician Celts
Unfortunately the skill of making mud plaster has steadily been eroded. And not necessarily recently. In the history of construction, clay mortar was followed by lime mortar. The ancient Greeks and Romans used it extensively in their structures, mixing lime, sand, volcanic ash and sometimes other ingredients such as egg whites. Then came Portland cement. Unlike lime or mud, modern cement doesn't breathe, which is why if you're restoring an old building, it's a disaster. Your house becomes prone to mold and damp, and a concrete mortar slowly and steadily eats away at the ancient stonework, killing the house from within.

Despite this, most mainstream builders are persuaded by both building restrictions and what I can only describe as a stick-in-the-mud fear of change, that concrete is the answer to everything. It makes my stomach turn to watch cash-strapped villagers who are sitting on tons of free earth, waste petrol and money importing concrete onto their land (which still has to be mixed in pretty much the same way as mud mortar). 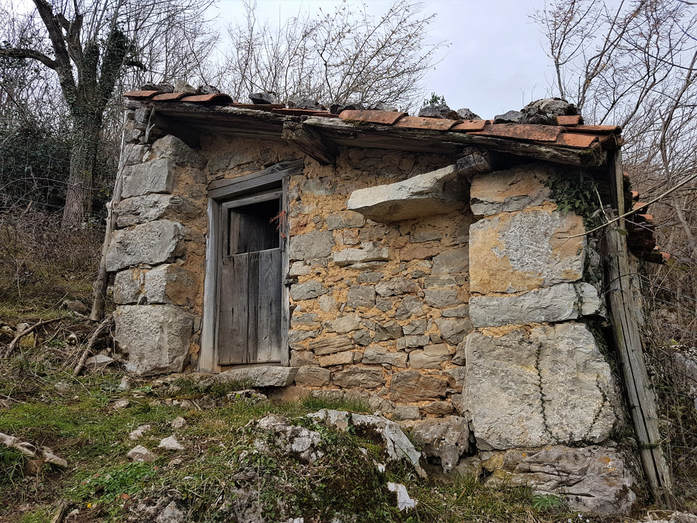 How to Make Mud Mortar

How you create your mud mortar really depends on your clay. In some areas where the loam is excellent, folk get away with using just clay. Sometimes they simply mix clay and sand (the Celts of Galicia did this), and sometimes clay, sand and straw. You can also add lime to the mixture to give it a bit more resistance to weathering (as I did in the stone walls of my mud house in Turkey).

If you've already mastered earth plaster, it's basically going to be the same mixture but with less water (think cob consistency), so that you get a thick, sturdy filling. Now I know someone is going to ask for the recipe. And as I've said about a million times, there is no one recipe. Because everyone's clay, sand, and climate is different. As always with earth plaster/mortar, you'll have to experiment with your mixture. But if you want some tips, then sign up for my free introduction to the art of mud. 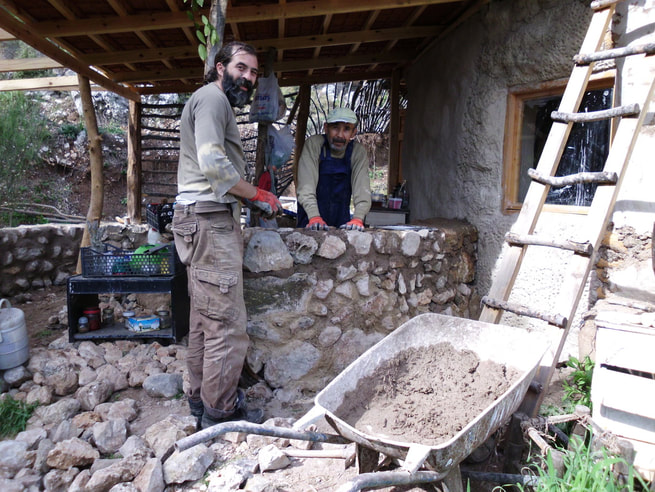 Evren and Celal mixing mud mortar in Turkey
Here's a bit of a starter for making muddy mortar.
1. Mix the earth, clay, water and straw together. Stomp it or churn it well.
2. Leave the mixture to percolate for a week.
3. Add sand to this mixture (and lime if needed).
4. Shovel ingredients onto an old sheet of plastic and stomp stomp stomp. Alternatively throw it in a cement mixer.
6. Now slap your mortar in between layers of stones.
7. Initially you'll have a rough finish. So once the mortar has dried thoroughly, go round and do some pointing. You do this by rubbing or troweling more mortar into the gaps between the stones, and then washing off the excess with a wet sponge before it dries.

Mud mortar isn't as water resistant as Portland cement, and needs a roof over it to protect if from heavy rain. It may also need touching up every now and again. 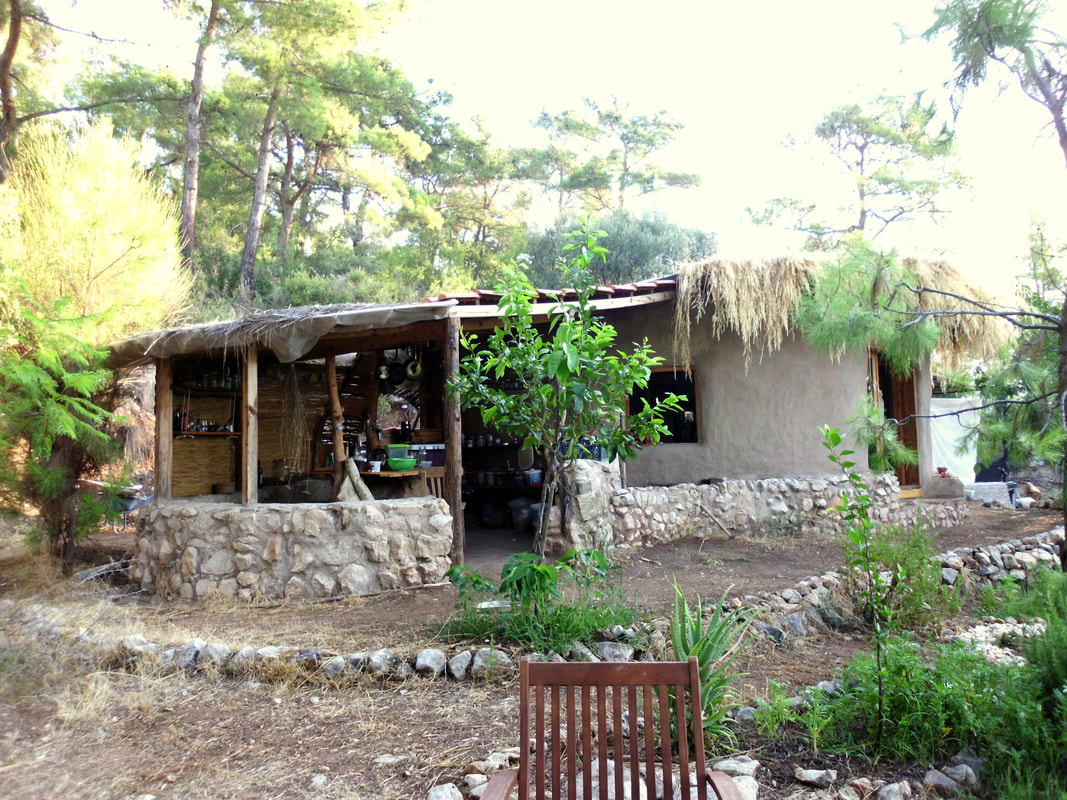 My mud mortared wall
If you'd like help with your mortar or earth plaster, you can join our exclusive Facebook group. Here you can get detailed assistance from me, plus a number of other benefits (free ebooks and advertising), all for just $15 a month. It's definitely the most inexpensive way to get quality support.

Many thanks to the Mud Sustainers, and all those making these posts possible by supporting The Mud Home on Patreon. If you would like to express that you value The Mud Home as well, consider making a pledge. A number of perks await Mud Patrons.