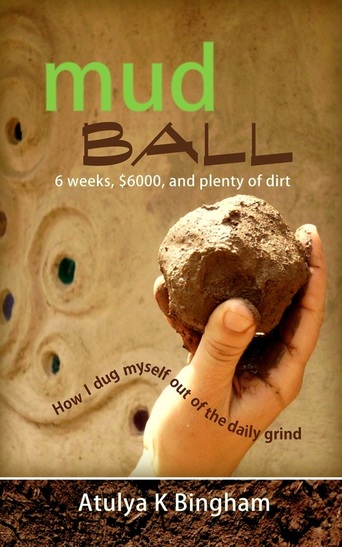 ​‘Kerry! I keep telling you, but you just won’t listen. You need to build a house now! Winter is coming. A storm’s coming. It says so on the telly.’ My neighbour Dudu had appeared at my fence only the day before, wisps of hair darting out of her headscarf. ‘And don’t forget. You can always stay on my sofa...oh but you won’t. I know!’ She was wringing her hands. ‘You’re so stubborn. It’s English stubbornness, that’s what it is. God knows it’ll be the death of you!’ She huffed and puffed, popped her false teeth in and out, and shook her fist at me.

From the other side of the fence I looked down at her, not due to superciliousness but because she only reached my shoulder.

‘I’ll be fine, Dudu. The tent is raised off the ground now. Anyway I’m into storms, they’re exciting.’

Dudu screwed up her eyes and turned away in disgust. But she wasn’t the only one to fret over my houseless predicament. Celal, my wiry garden help, wandered up to the fence. He leaned on a large pickaxe and looked me up and down quizzically, his face a brown web of wrinkles.

‘Aye, you wanna be building yourself a hut to park your bum in before winter, look at mine – didn’t cost me a ha’penny but it does the job, eh?’

Celal always spoke using little or no punctuation and I was left squinting as I tried to work out what he said. Once the meaning dawned on me, I swallowed a reply. Well, I could see quite clearly his house hadn’t cost a half-penny. It was something of a wonder that shack was still standing. My tent appeared by far the safer option.

‘That weather’s a comin’ in, yer know and it’s not all sunshine and cherries after that. Your arse’ll be in the mud and you’ll be swimmin’ in it I tell yer, it’ll be a swampahogshit that’s what it’ll be.

I remembered that conversation now, and I slid deeper into my sleeping bag. Celal’s warning echoed through the sleepless vale of my mind as I listened to sheets of rain break over my tent. I couldn’t see it, but knew there was indeed a swampahogshit occurring on the other side of my canvas. As soon as I put a foot out of the tent, I’d step into it.

I’d known a deluge was on its way. My predicament was entirely of my own making. The wind had started its campaign up the slopes in early evening. I’d watched the invisible wheel of air roll through the forests. It parted the bushes like hair. My tent was perched on a wooden platform I’d hammered together a month before. As the light faded and the wind began lowing ominously, I had run around the legs of the platform with pieces of thick rope in my hands. One by one, I tied the corners of the tent to the platform legs. It was a mess of knots a sailor would have cursed at. I placed four large rocks into each corner of the tent for good measure. My lamp and laptop were charged. As darkness fell and I peered inside, I felt a wave of satisfaction. It was a canvas bubble. Everything looked hunky-dory. The wild outside was where it should be (out) and my cosy familiars were in their rightful place (in).

But that had been four hours ago. Now, the sky was as black as Pluto’s subconscious. High winds were bending fifty-year-old pine trees like saplings, and rain wasn’t falling. It was flying. It was a water-breathing dragon, a dragon that had taken a peculiar dislike to my tent door and was throwing torrents at it as though it needed extinguishing. Credit where credit is due. My fifty-dollar tent from Carrefour was doing its level best. It was a canvas St George, ducking and bending in the face of the crazed beast above. I have bought a number of cheap tents from supermarkets since then, always hoping for the same level of durability. I have been continually disappointed.

Soon, I began to think I was swimming. The awning buckled under the storm, and I felt something wet on my cheek. The side of the tent had flattened under a gust. Then, to my consternation, the top half of my body rose into the air. I realised the rear of the tent had lifted clean off the platform with nothing but the tethers yanking it back down. I remembered a tale (perhaps tall) I’d heard of a hapless camper whose tent had been blown from a cliff-face with him still in it. The tent had sailed down like a parachute. I couldn’t recall, as I pulled my sleeping bag up to my chin, what condition the poor fellow had reached the ground in.

It might seem odd, but in a strange sort of a way, I was happy. There was still a fiction in my mind that I was inside (safe) and trouble was outside. And then it happened. The tent membrane gave up. It changed from a separator of worlds into a flimsy strip of permeable tarp, into a point of exchange.

Points of exchange are powerful. They are precious. They are nodes of creation. Building a house of mud was never a dream of mine. The idea sprouted quite suddenly in response to the land and the seasons. It grew out of the point of exchange between me and my environment. If this adventure is about anything at all, it’s about that sacred line of connection where the Known meets the Unknown. Because it’s there that magic happens. It’s there you find the strength and the courage to build real dreams. Books, videos, training manuals, courses and teachers are just dry seeds, atomised particles floating about the air of your mind. It’s not until the theory touches the earth, and the earth touches the theory that anything beautiful manifests.

The outside invaded quite subtly considering there was a hurricane going on. I felt one cool drop on my forehead and then another on my chin. Nothing dramatic. Just a little wet. I smiled. It was still fine. I’d probably make it until dawn. Reaching up, I flicked on my solar lamp. Everything was bathed in an eerie blue glow as the solar lantern, now swinging, cast a ring of pale light above and around. The ring bobbed from left to right like a celestial pendulum.

It was then I noticed small pools of water collecting in the corners of the tent. Teasing my belongings from the edges, I came to terms with the fact I probably wouldn’t sleep that night. I maintained a vigilant eye on the tent corners, as if by staring at them, they’d buckle up and become watertight. They didn’t. The pools spread. My hair was now seaweed damp. The bottom of my sleeping bag had developed a dark, wet splodge. It spread like black, comfort-munching fungus. Shit! My laptop! My books! Gathering everything I valued into the centre of the tent, I huddled over this loot in the foetal position. The rain kept sliding in.

All campers are familiar with this feeling, in particular those resilient wellie-wearing troupers from the British Isles. Such nights are miserable, sleepless swamps. At least in the UK one can usually expect to be able to run for cover. To sleep in the car. Find a hostel. The storms of the Mediterranean in winter are ruthless. I could clearly hear tree branches cracking apart in the forest next door. How had I forgotten what winter was like until this moment? How could I ever have conceived the idea of dossing outdoors through December, January and February? The only reason my tent was still on the platform was the tethers and the weight of everything inside it (a suitcase of books makes great tent ballast). Slowly but surely, terror wormed its way into me. The outside was no longer out. The inside was no longer safe. Anything could happen. I was at the mercy of the gods. At any given moment the canvas could be ripped asunder, and it would be over.

I did have a car I potentially could have slept in, but I honestly wasn’t sure how to reach it. The same applied for Dudu’s house. Finding her door half a kilometre away would have been an outright gauntlet of gulches-turned-rivers, flying branches and hefty gusts. If by some miracle I did arrive at her porch in one piece, I was going to be sodden from head to toe without as much as a change of undies. The dormouse in me reasoned hibernation was the best strategy.

Thus I huddled there. Every now and again, the canvas would flatten onto my face and soak me. The pools in the corners joined forces to become a moat of dirty water. It rippled about a dwindling island upon which was stranded a laptop, a small suitcase and a human. I admit it; I prayed. I prayed to the land. I prayed to the sky. I prayed to the more resilient, sensible parts of myself. I prayed to my inner guides. I prayed to the universe. ‘I just want to make it till morning,’ I whined.

Then a miracle happened. A warble slid through the churning, huffing night. I recognised it as my saviour. The call to prayer. That morning, it was Ali hoca in the valley below who was the first to arrive at his post, which was a surprise, as he was notorious for oversleeping. I often wondered at the muezzins in weather like this. How had he possibly managed to reach the mosque? Never have I been happier to hear his voice. The call to prayer held practical significance. Although the sky now appeared as deep and lightless as a dungeon, dawn was imminent.

As Ali hoca crooned, he was followed in the round by the indefatigable muezzin of Brook neighbourhood – a half-hamlet comprising half a dozen charming stone houses occupied by artists from Istanbul, hippies and mountaineers. The two voices mingled and danced through the ruckus outside. They had almost finished when, last but not least, the loudspeaker of the village mosque rattled and coughed to life. The village muezzin, no doubt sleepless and with half a mind on his polytunnel of tomatoes, banged out a call to prayer in minutes.

Then it fell silent. Without warning, the wind fell away. The rain thinned to a patter. The sky lightened. The storm gurgled, writhed on the horizon for fifteen minutes, and died.

As my dank canvas world brightened, I tentatively sat up. I rubbed my eyes, flattened my hair back and picked my way gingerly out of the mess of my sleeping bag. Grimacing at the pond that had collected at the front of the tent, I unzipped the front door. I squinted. Then I crawled out, and fell slap bang into a swampahogshit.