Many people focus on all the wrong things in the beginning when they attempt an off-grid life. Join my new, free, off-grid preparation email course, and sort out some fundamentals first.
Let's get started.

How to Build a Road by Hand 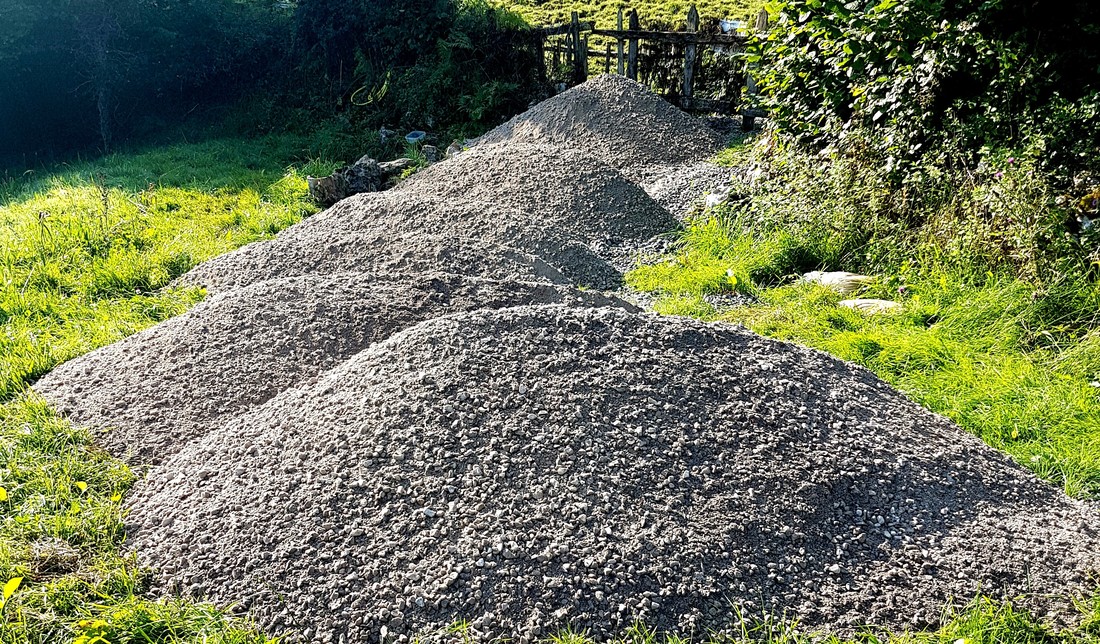 Back where I lived in Turkey, where the earth was dry and dusty, off-grid road building usually involved calling a bulldozer and just getting them to drive through and flatten a bit of dirt. Because you were pretty much guaranteed no rain for six months, that track would last most of the year. In spring, when the rain washed it away, you just called the digger again:)

But now in northern Spain, things are different. It rains a lot. The ground is very clayey. That makes for a gooey, slippery surface.

My Access Road
I needed a very small access road into my new land. Of course, when I went online and Googled how to make a road, I was greeted by all sorts of technical and complicated advice. So I’m going to cut out the extraneous matter, and tell you in three (or four) short steps, how to make a basic access road.

We (me and my friend Kieran, plus one day’s assistance from a couple of vecinos) built my driveway almost all by hand. There was no concrete involved. The whole process is very similar to making a rubble trench foundation for a house. The Romans used the same technique. Their roads did pretty well over time as I recall.

I should add, this road how-to assumes some basic common sense. Obviously you’re not going to try and build a road through a swamp, or up a cliff face, or through pure sand (are you?) I’m assuming you’re trying to build on dirt. If you have a slope, consider whether your vehicle could feasibly get up and down that gradient. 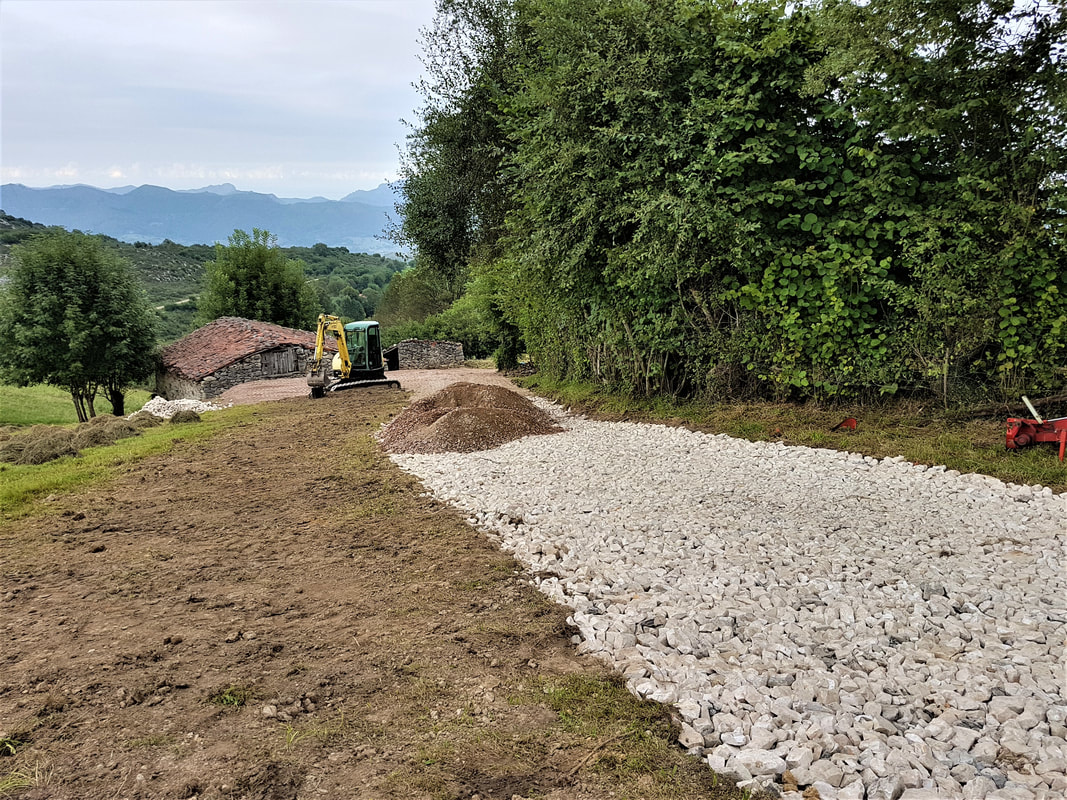 2. Fill the trench with large rocks (20-30 cm squared) and compress them flat with the digger.

3. Cover the lot with 20 mil-and-under gravel. Compress it again with the digger. Bob’s your uncle. You have a road.

Note: If you are on a steeper slope, you’re going to have to render that incline shallower. Do this by building it up using boulders or large rocks first, before you add the 20-30cm wide ones. 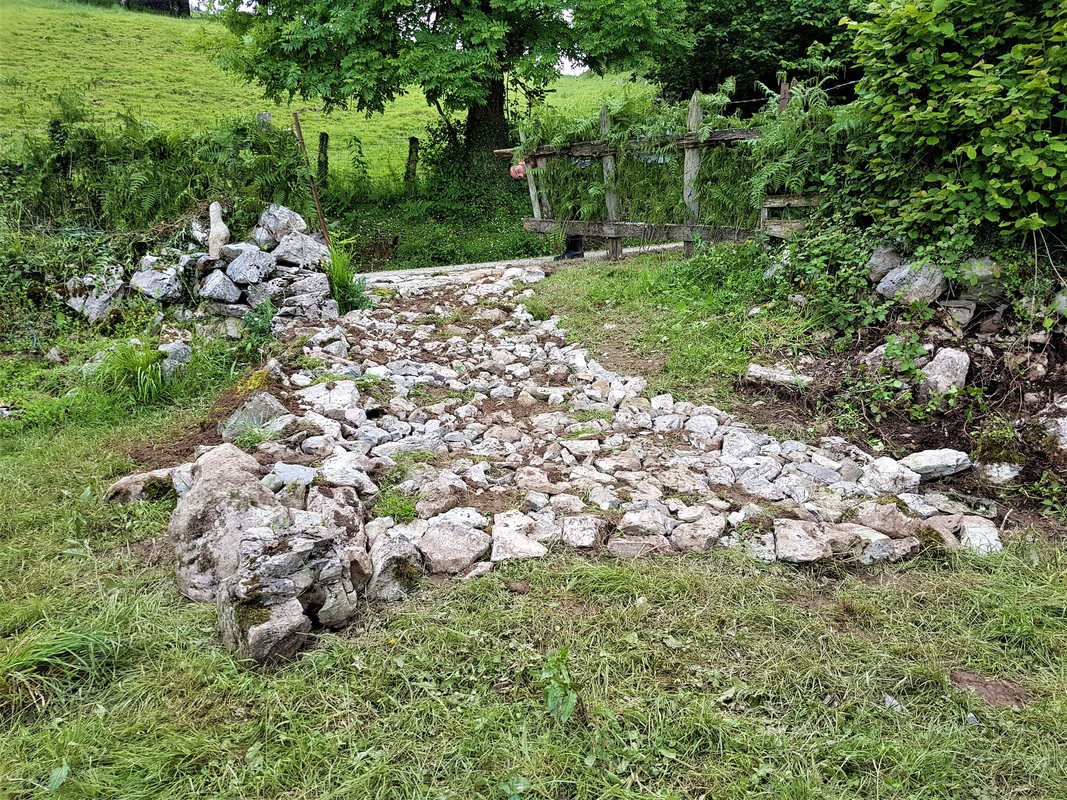 Building up the level using boulders and rocks
How we made my road without a digger
1. I had a small slope to incorporate. Using a pick I dug out any massive bumps. Then I built up the lower side of the road with boulders dug into the ground, so that both sides of the road were level. The boulders were secured with clayey soil.

2. After that, I filled in the holes and dips in the surface with largish rocks. Still using large rocks Kieran and I built the road up so that it was roughly level. This lot withstood a 10 ton truck reversing down it, so I can tell you it’s nice and tough. 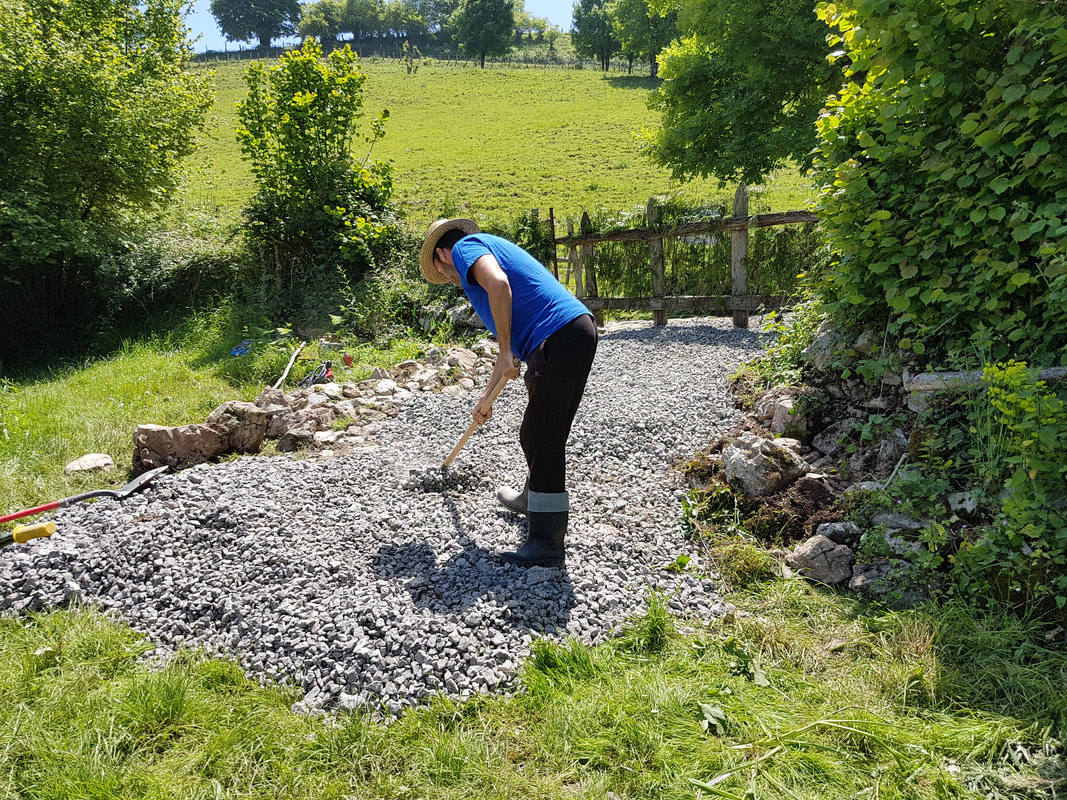 Raking the rubble is hard work
3. Next we threw on a layer of rubble or small rocks (5- 10 cm see above), and raked them smooth (very hard work). The rubble sank into the gaps between the large rocks and stopped them slipping.

4. Finally we chucked on a good 10-15cm layer of mixed gravel (20 mil-and-under), and raked it flat (much less hard work than the rubble). I should admit here a neighbour turned up with a small tractor to help shift the gravel, but in the end for the most part we found it easier and quicker to just rake it.

Note: If you make a road by hand, preferably wait until it rains so that the gravel gets soaked and sinks into place. After that, if you can find someone with a four-wheel-drive to run up and down it a few times, that will really firm it up. 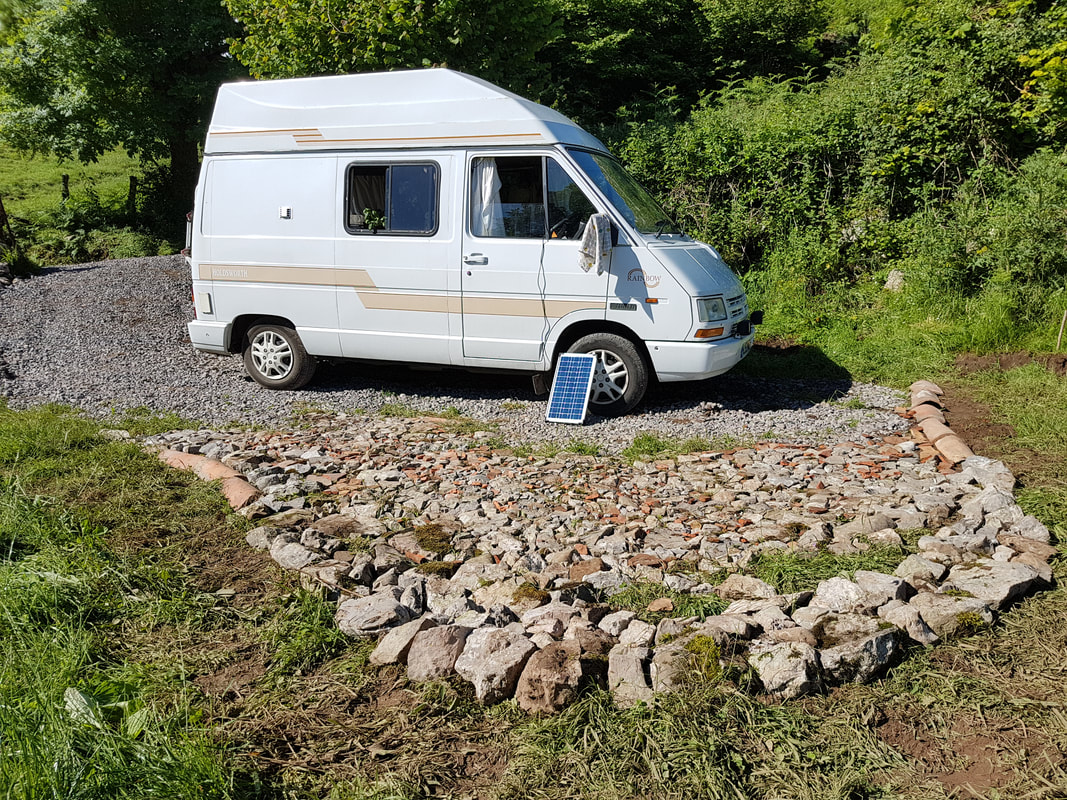 Over time I barrowed in more rocks and began expanding the drive space. These rocks will be covered in gravel too.
Extra things to note:
1. My method is a rough and ready basic road for folk off-grid and strapped for cash. You can obviously get more sophisticated and add drainage. You can add a layer of geotextile in the trench as well, to stop the dirt mixing with the rocks if you want to. But for the record, I didn’t. No one else in my area has either. The driveways are functioning just fine. You may have to add a bit of 20 mil in a few years, but hey this will keep you going for a while.

2. Why not use sand instead of the gravel? Gravel has rough edges which, when they sink between the rocks stop slippage. Sand is smoother. It might still work. But you’ll probably experience some slippage when you drive up it, especially on a slope. 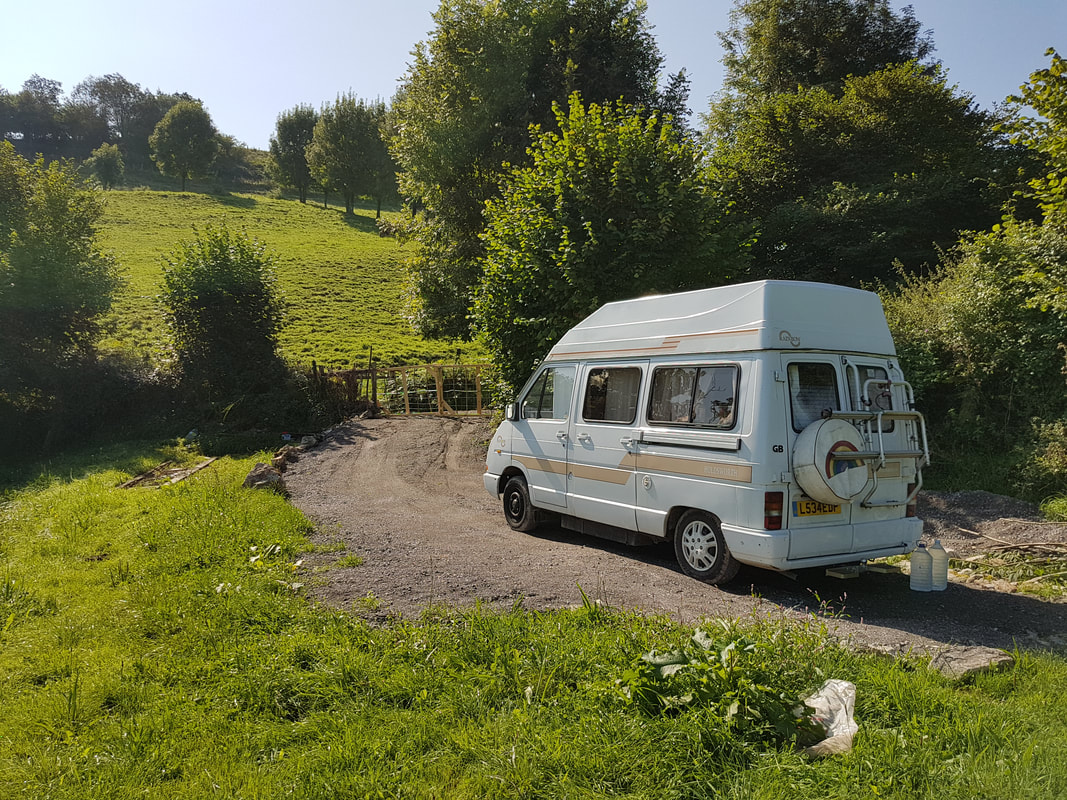 20 mil and under raked over the rest. The access road is now complete. I drive up. I drive down.
Writing these free how-to posts takes time. If you benefit from them and would like to chip in to support The Mud Home and keep it running so that others can benefit too, consider making a pledge on Patreon. You get to join my private news feed where I post regular updates of building my own off-grid world. You will also have email priority.